The Russian branch of the Order of Saint John of Jerusalem was founded by Emperor Paul I in the closing years of the 18th century. After the fall of Malta to Napoleon, the then sovereign Order of Saint John of Jerusalem was left without leadership and their property was at risk. Many of the displaced knights transferred their allegiance to Emperor Paul I, their appointed Imperial protector. The Emperor welcomed the knights and established a new Order structured as a  Grand Priory divided into two priories: a Priory for Roman Catholic members, and a Priory for ecumenical members. Ecumenical members were from the Orthodox and Lutheran (First Ecumenical Movement) faith, both male and female. Emperor Paul I was then elected Grand Master of the Russian Grand Priory. Emperor Paul’s first directive to the Order was to find a new Grand Master for the vacancy in the defunct sovereign Order. After the Emperor Paul’s death, the Order continued in Russia. It was recorded in the Russian Court Almanacs of 1829, 1835, 1847, 1853, 1856 and 1914, and was mentioned in western sources, especially by Sir Bernard Burke in his 1858 The Book of Orders of Knighthood. Documents exist through the era of Emperor Nicholas II with reference to the Order. The Revolution of 1917 drove the Order into exile.

In 1928 the Order was reestablished by the surviving Hereditary Family Commanders in Paris. During the period before and after World War II, the Grand Dukes Cyril, Alexander and Andrew gave the Order their protection. During the 1970s the Russian Grand Priory was eventually moved from France to the United States, where Count Nicholas Bobrinskoy established it as an officially recognized American charitable entity. After his death, Prince Michael of Russia became its Grand Prior, followed by Count Alexander Woronzoff-Dashkoff. Count Alexander Woronzoff-Dashkoff was a direct descendant and senior in line according to the Emperor Paul’s list of “Hereditary Family Commanders.” The Order is dedicated to charitable and educational purposes. It has received the canonical blessings of numerous Orthodox Churches. 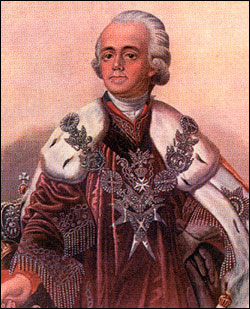 Aims of the Order Worldwide:

Following the precepts of the Blessed Gerard, the Order encourages its membership to do good and charitable works, especially for the ill, children, the old and the destitute. It also serves as an educational source, maintains and preserves hospitals and Christian institutions. The Order promotes the continued improvement and understanding among Christian Churches, while preserving and sharing the traditions of Orthodoxy. It also actively seeks to enter into an understanding and cooperation with all other legitimate branches of the Order of Saint John.

Aims of the Order in Russia:

It is the aim of the Order to re-establish itself in Russia, particularly in Saint Petersburg and Moscow. It will seek permission to use the ancestral chapels in the Worontzov Palace in Saint Petersburg, the Order’s original seat. As interest is expressed in other suitable locations, the Order will establish Commanderies and Priories. The Order seeks outstanding individuals with proper qualifications from all strata of Russian society. Aside form its humanitarian work, the Order will purse a fourfold program: 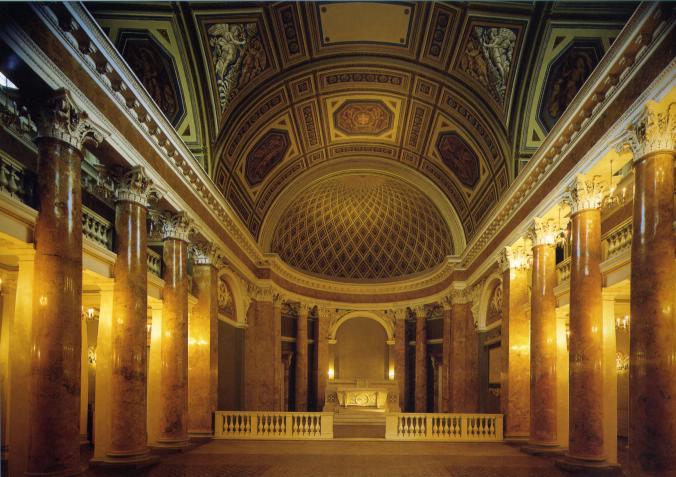